The most modern scientific methods

The most advanced clear aligner in the world 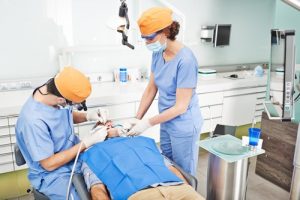 We upgrade applied dental science at an optimum level, adapting it to the needs and abilities of all patients. Our aim is to promote oral health in the community, with emphasis on prevention. We educate our patients on oral health, and create prevention campaigns in schools, special economic programs for the unemployed, annual preventive programs accessible to all and individualized treatment plans. We put into effect the timeless quote by Hippocrates, “prevention is better than a cure”

Our experienced and highly trained scientific personnel has been selected with strict criteria and fulfills the requirements of all the latest developments in dentistry.

We carefor our patients

Before proceeding to examination and treatment, we thoroughly discuss with the patient about his/her dental needs and desires. We reward your trust by offering annual individual or family programs as well as loyalty programs.

Collaboration with acknowledged US dental clinics

We maintain close cooperation with dental and orthodontic US clinics, as well as with internationally renowned experts who offer “second opinion” in special cases.

A special program of our clinic, created especially for patients who visit Athens for a few days. Before any appointment at the clinic, we have long discussions with the patients by phone, e-mail, or other means of remote communication in order to create a detailed and complete treatment plan, which includes long sessions at the clinic.

Very pleasant indeed! Dr. Moutzouris is a great doctor who listens to the patient and takes care of him/her with great attention.

Thank you for the great experience and quality work you have done on my teeth.

would like to say that your fantastic team has changed my life this year!

Clean office Friendly & Professional Staff Flexible Scheduling I haven’t had a bad experience with them and I’ve been going to them for about a year now, with at least 4 or 5 visits. 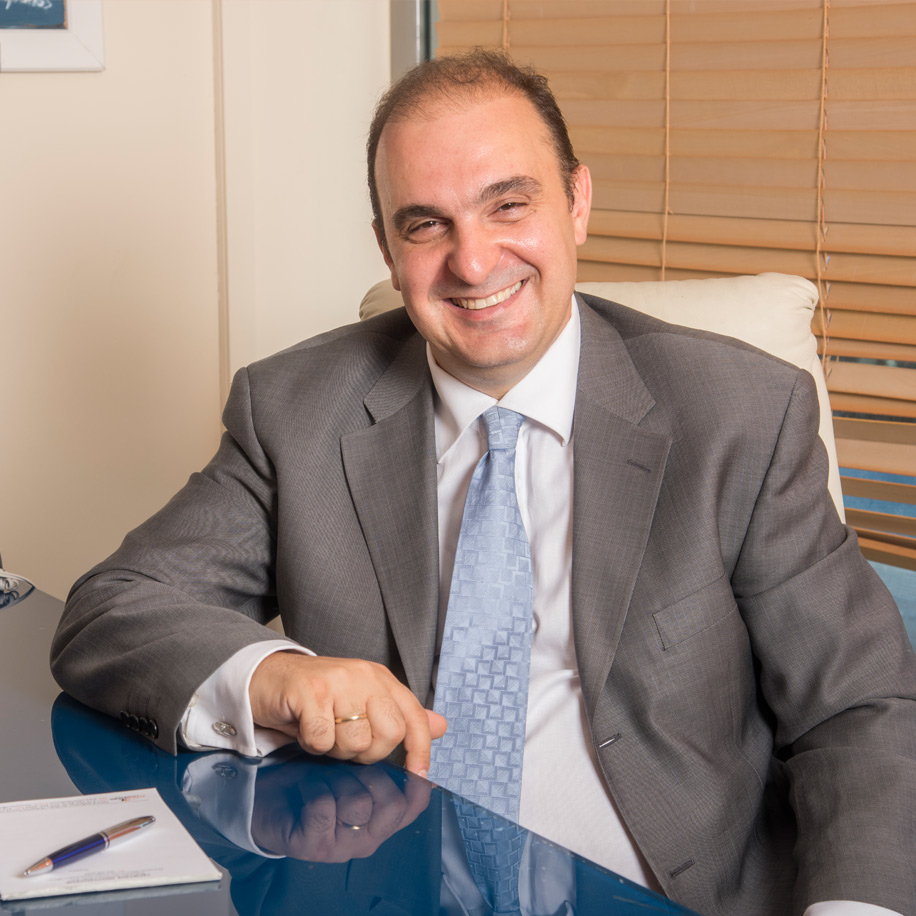 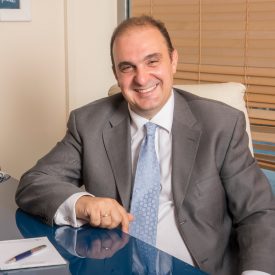 George Moutzouris graduated from the Dentistry School of the University of Athens, where he received the Diploma of Dental Surgeon.

In addition, Dr Moutzouris has graduated from the Postgraduate Health Management Program of the National School of Public Health in Athens and he is an expert in Health Economics. In 2003, in collaboration with a group of medical doctors, he founded the Attiki Iatriki Medical and Dental Centre and he has been an operational manager until today. He was previously the founder and managing director of the Attica Health Care SA, a medical and dental medical company.

In 2017, always following the same values and paying attention to the detail, he opened his second dental practice in Neo Psychiko. He provides complete dental services via collaborations with experts in different specialties of dentistry.

He is a member of the Greek Prosthetic Society and the Dental Association of Attica. He has numerous publications in International and Greek journals. He had presented his work in many Greek and International dental conferences.

George Moutzouris grew up in Neo Psychiko where he lives until today. He is married and has two children. 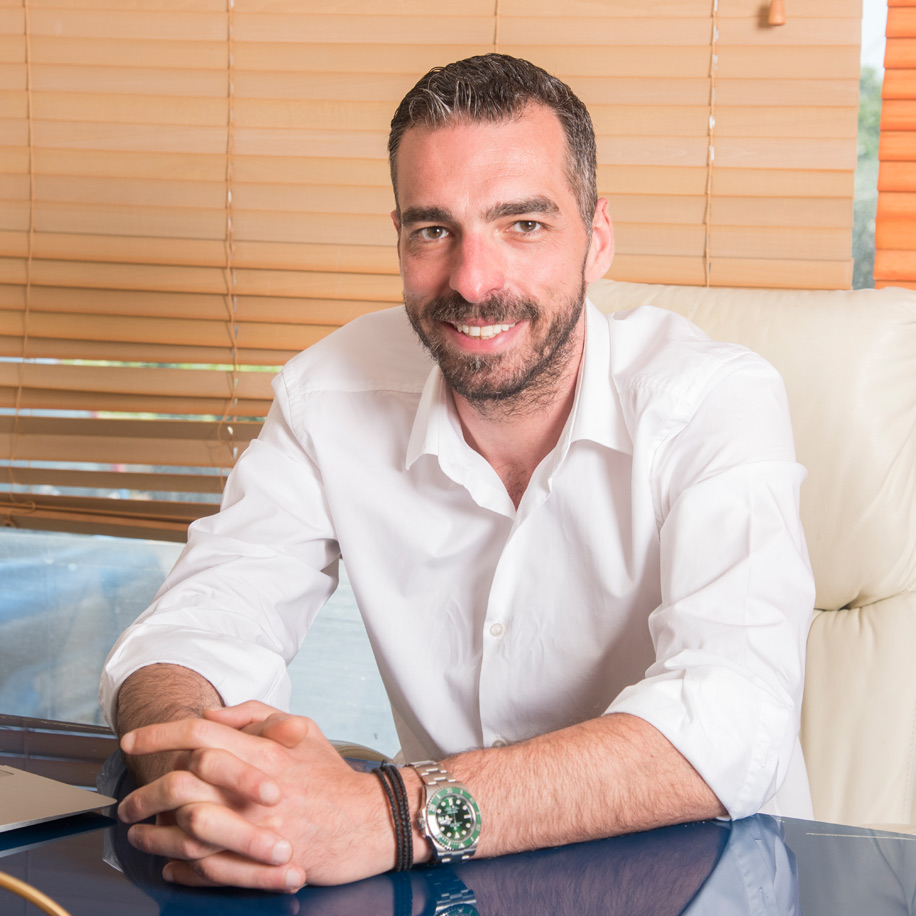 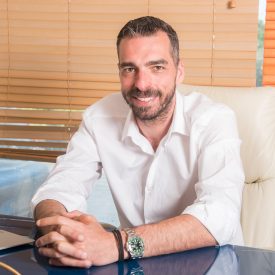 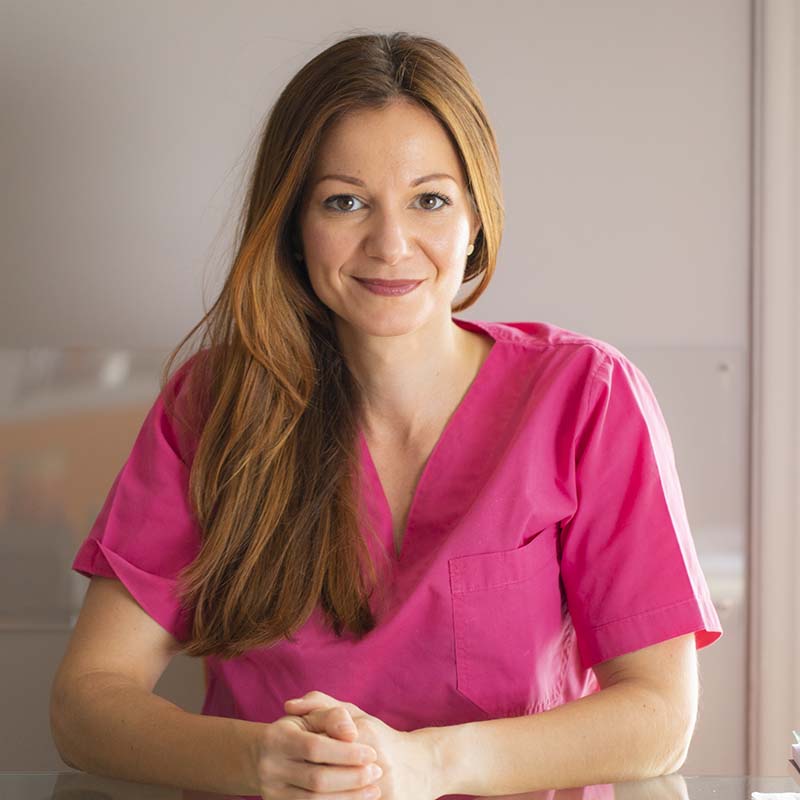 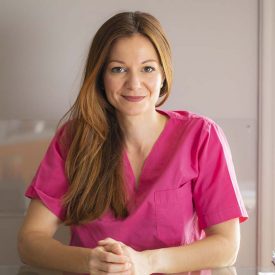 Alexandra Koumantanou was born in Athens in 1985. At the age of 7 her family relocated to London, where she attended the Hellenic College of London. Returning to Athens after 5 years living abroad, she graduated from the historic lyceum of Arsakeio Psychikou. She was then admitted into the Dentistry School of University of Athens after achieving top marks in the highly competitive national admission exams. She received her Dentistry diploma in 2006.

Her first working experience was in the OAP-DEH insurance fund, as a general dentist. Despite enjoying the intricacies of general dentistry, Alexandra soon realised that her true passion was in orthodontics. In 2008 she commenced her residency in the Orthodontics Department of the Semmelweis University and, in 2011 she received the title of Specialist Orthodontist.

Alexandra started her own private practice in 2012 and has since built a reputation for implementing effective treatments, whilst being friendly and courteous. In addition, during the period of 2014- 2019 she worked as a Specialist Orthodontist in the insurance fund of journalists (EDOEAP). 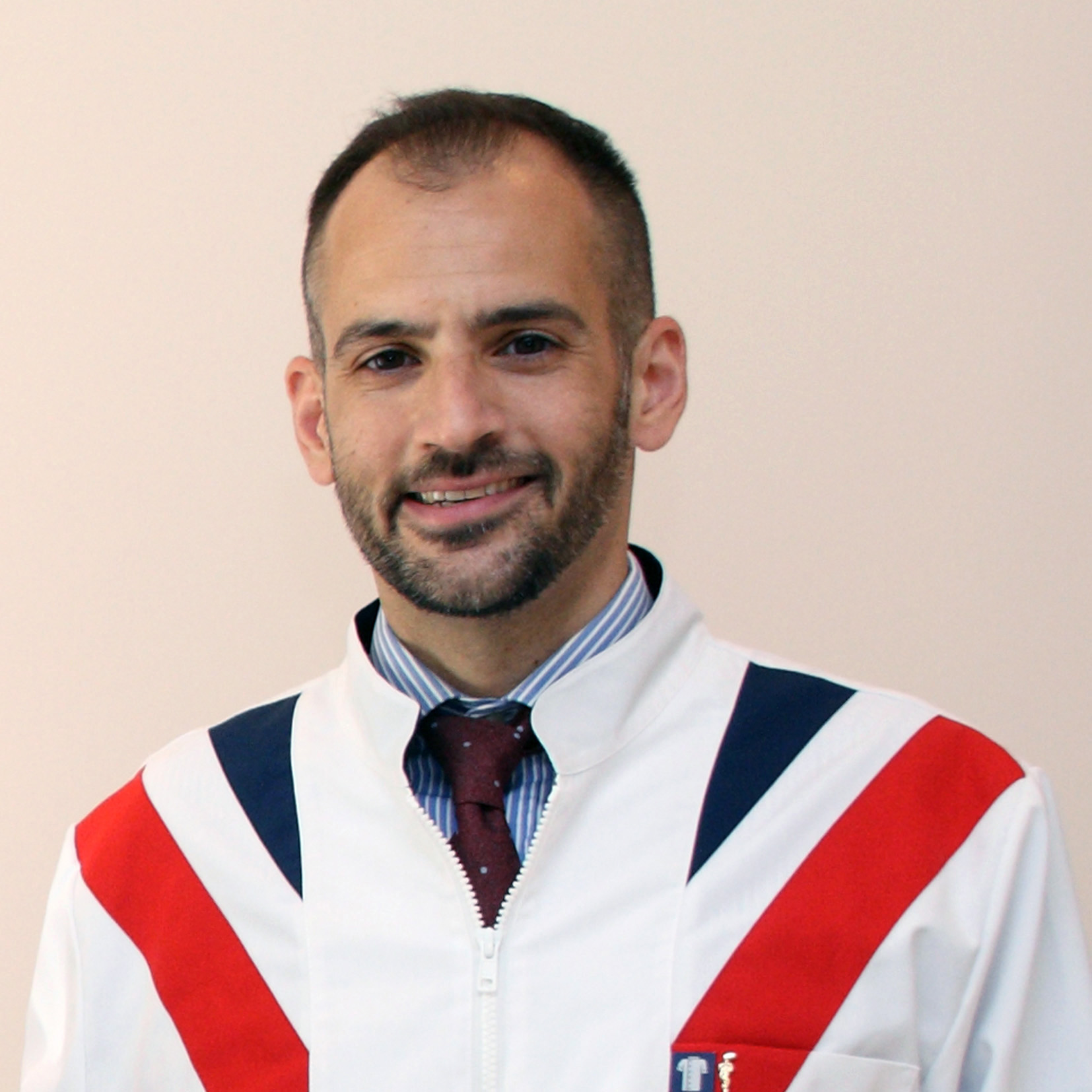 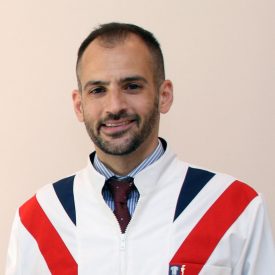 POSTER PRESENTATIONS
1) Risk factors of malformation of the stomatognathic system during the fetal period (May 2008, 38th Panhellenic Congress of Pediatric Dentistry, Patra, Greece).
2) Advantages and use of the rubber dam in the restoration of endodontically treated teeth – clinical case (May 2006, 11th student congress of the Dental School of Athens, Greece). 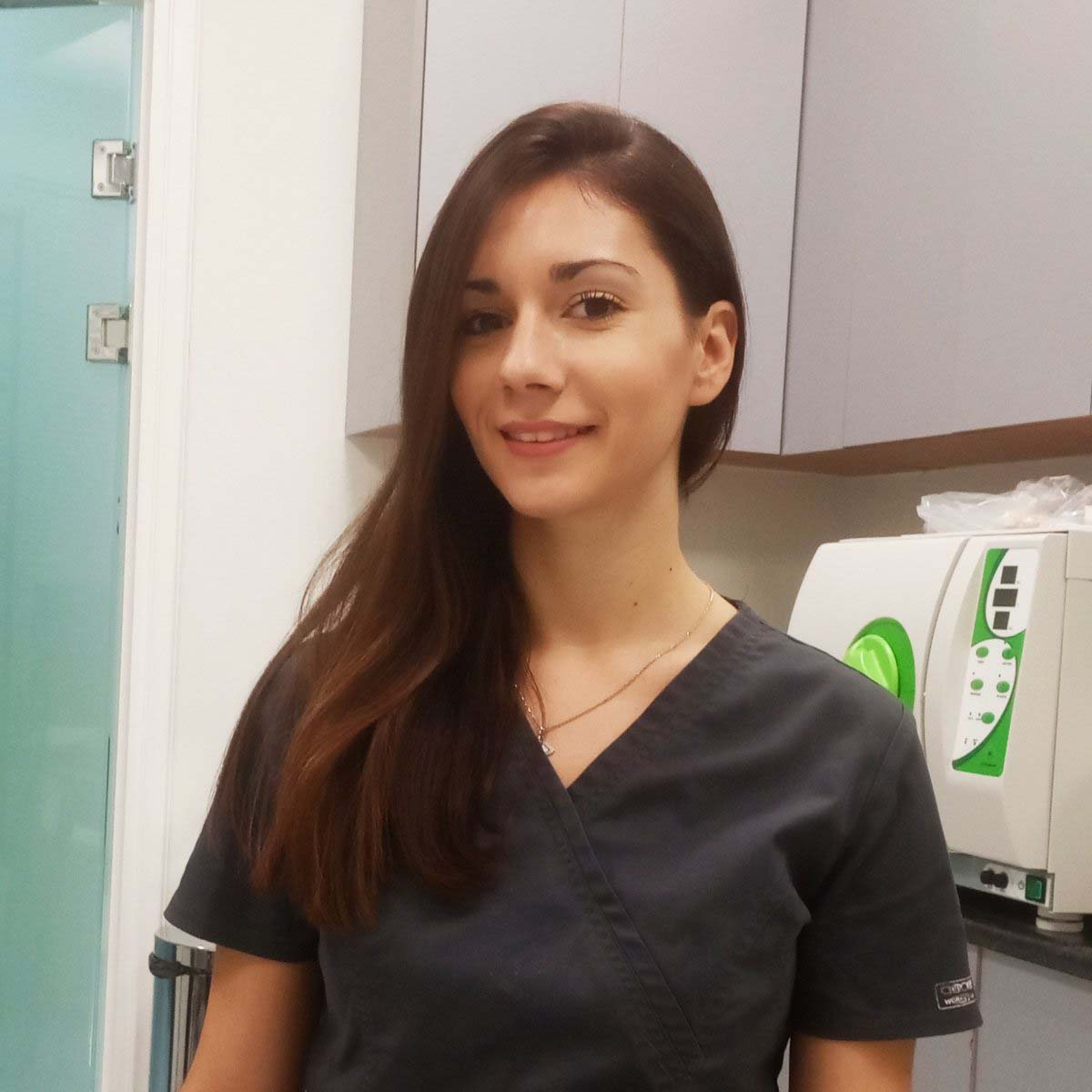 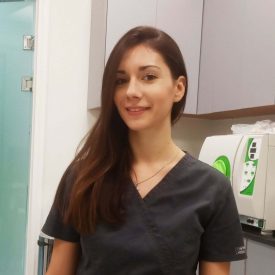 Dimitra Mpara graduated from Dentistry school of the University of Athens in February 2018.

From 2015 since 2017 she worked in various dental clinics of different specialties of dentistry as an assistant and the last two years she practices dentistry with main interest in endodontics.

She has participated in numerous Dental Congresses and Seminars and has a grasp knowledge of the English language. 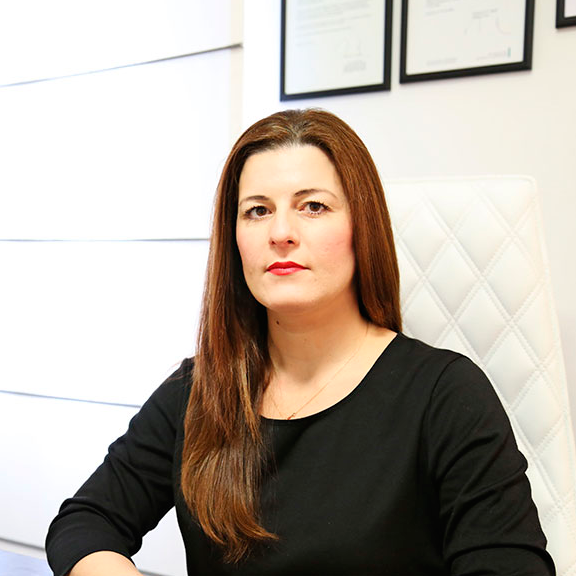 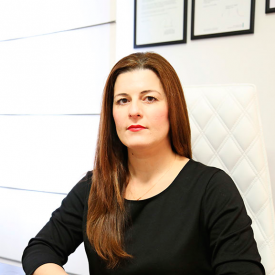 Evelyn Betsy was born in Middlesbrough, England and raised in Athens.

She graduated from Arsakeion Lyceum in Athens and continued with her academic studies at the Medical School of the University of Athens.
She trained in Plastic Surgery exclusively in Switzerland.
She acquired further training at the General Pan-Arcadian Hospital of Tripolis and then in 2002 she commenced her specialty in General Surgery at the Surgical Clinic of Elpis General Hospital of Athens, where she remained for two years, while in parallel conducting her doctoral thesis. She then received further education in Plastic Surgery -exclusively in Switzerland- where she remained for 10 years until completing her specialty at the Department of Plastic and Reconstructive Surgery at the University Hospital of Lausanne (CHUV).

Her domain of expertise is on Facial Aesthetic Surgery and Breast Aesthetic & Reconstructive Surgery, which she acquired at the Clinic Lemanic in Lausanne and at the Centre de Chirurgie Plastique de Lausanne – Clinic Cecil of the Hirslanden group respectively.

Evelyn Betsi has a long list of full papers in international peer-review journals, and, has participated at various international and Greek congresses where she presented her independent announcements.

She has been married since 2007 and is a mother of two girls.
She returned to Greece in 2014 and currently maintains a private practice as a Plastic Surgeon in Athens.